Anyone that has come over to my home or talked to me on the phone recently can gather one of two things: 1) I am entirely sleep deprived and 2) I’ve lost complete control over my household.

If I weren’t so sleep deprived, I likely would have the sense to not post any of the information below. But because I am sleep deprived, I tell myself that a future sleep-deprived self will be amused by it when I see it again in a few years. Behold, life with a toddler, puppy, and newborn baby. 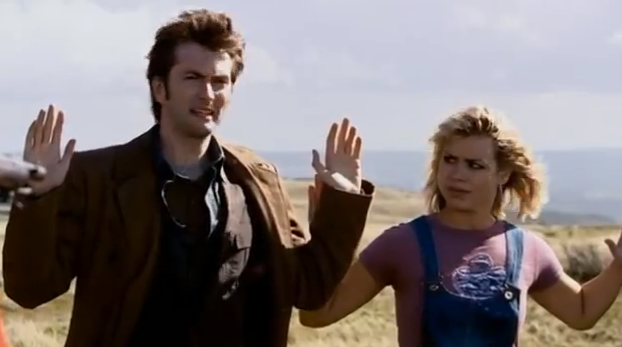 Oh, Doctor. You have no idea how relevant that line is to my life right now.

I just stepped out the front door, grabbed my toddler, and pulled him back inside. That seems normal enough—toddlers letting themselves outside. Mine was standing there, on the stoop, completely naked, wearing sunglasses. Then he ran off down the hall, the dog chasing after him, desperate to lick his bottom.

Champ has been getting quite a bit of freedom lately, as you can expect. In an attempt to stave off tantrums (or should I say, more tantrums), I’ve been giving him more leeway. He’s also regressed a bit in potty training, hence my letting him be naked (see above). The nakedness was progressive. He’s usually fully clothed—sometimes wearing the same pajamas or shirt for up to three days—but I’ve let him go shirtless like his dad a few times. 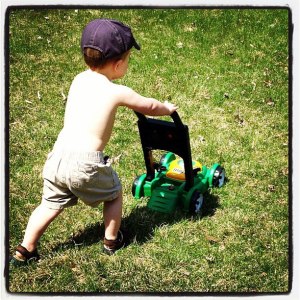 This afternoon, I had to change his clothes, and I grabbed the first pair of shorts I could find, not realizing they were 18-months. So I help him put on his underpants and the shorts, and they are super short. Like, Daniel Craig’s swimming suit in Casino Royale short. Whatever, it’s fine. But then he decided to put on his backpack, and as he’s running around with a backpack strapped to his back in hilariously tiny shorts, I was suddenly reminded of The Hawkeye Initiative, which exposes (no pun intended) the ridiculous hypersexualization of women in comic books by replacing women with illustrations of Hawkeye doing the same poses. Like this:

Confession #3 (aka, you can stop reading here and go about your daily business)

You know that space between two people right before they are about to kiss? 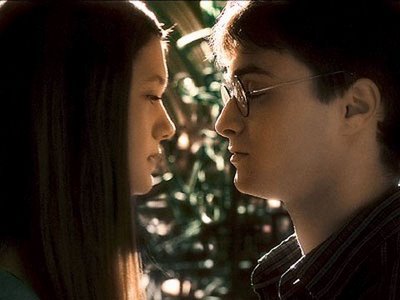 Yeah, right there. We’ll call it “the land of in-between.” THAT is where I’ve been living the past three weeks.

Abstinence is no stranger to the Captain and myself. We saved ourselves for marriage, we got through the birth (and thereafter) of our first child, and we made it through many weekends, weeks, and months away from each other when he was an Active Marine. We’re pretty familiar with sexual tension, too—from the moment we first met, there was a definite chemistry between us that rivaled the likes of these folks: 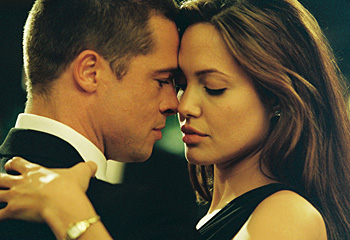 Still, we had a strictly platonic relationship for quite some time before finally coming to terms with ourselves and each other, and most of that time was spent in that land of in-between. You can read our story here.

Anyway, if you didn’t know already, several weeks after a woman gives birth are spent in abstinence, so her body can recover from labor and delivery. For most women, this is absolutely not a problem. And I think for some men who were present during the labor and subsequently traumatized, they can spend the time in recovery as well.

Apparently my hormones are completely whacked out, because I’ve got the opposite problem. I’ve got so much tension built up, just from the past 3 weeks, I could probably gnaw through a telephone pole.

You might conjure up an image such as this:

but this is to what I am referring:

I’ve been able to scrape the skin off the giant vat of pudding that is my sexual tension by watching clips from romantic comedies and commiserating with the characters.

But then the Captain comes home, wearing plaid and smelling like machines, and he goes and works on the car, or he chops some wood, or he walks across the room, or he leans up against a counter

I think he’s secretly reveling in torturing me. This is what an average day in our house looks like these days:

Notice his cheeky grin, her looking away and not knowing what else to do

I catch him walking out of the room, walking back into the room, taking off his shirt and revealing his GLORIOUS ABDOMINALS OF SPLENDOR, and then walking right out again.

But I know it’s affecting him, too. The other day, he cried out in a voice of mock-hysteria, “WE ARE IN A TIME OF HEALING!” and I nearly choked on my lunch from laughing.

At least we still have our sense of humor. In fact, the baby isn’t the sole reason for my sleep deprivation. Captain and I have been staying up super late every night for the past week, cracking up laughing. “Super late” is midnight for us—we get up at 6 or 7 every morning. It’s like having a marathon of slumber parties. We’re totally losing it, but we’re enjoying ourselves as much as we possibly can.

Now he’s finished with school and his part time job for the summer. I’m praying he can find another job soon, because going from seeing him just an hour or two a day to being together 24/7 is going to be a shock to the system. Looks like I’m going to have to up my prescription of romantic comedies, and supplement with multiple viewings of this:

Misery loves company. What are your favorite moments of romantic tension? Be a dear and share links if you’ve got them!

A few days ago I read “The Six-Second Kiss” on The Resurgence.

(Single people, bookmark it for when you are married. But don’t try experimenting with it now. It really is better to keep such intimacy for marriage, take it from somebody who knows!)

Now, LT and I have a very healthy relationship. I owe most of that to the fact that 1) we are a Christian couple and believe marriage is to bring us closer to God, not to make us happy, and 2) we saved the deepest intimacy for marriage, and in marriage enjoy that deepest intimacy most days of the week.

But now that we’ve started greeting each other when he gets home with one of these babies, let’s just say we’ve been keeping the blinds closed a bit more often.

Little Champ is all smiles when he sees us snuggling on the couch. He knows that physical touch between his mom and dad are good and right. It breaks my heart to think of what would happen in that brain of his if he constantly saw us fighting or worse—ignoring each other.

Married couples, move past being just roommates with the same name.  Greet each other in a sexy kiss, look each other in the eye, appreciate each other, and enjoy each other.

Most Popular of All Time

All blogs, and all for-profit companies, are biased. My blog is biased because I have opinions. Companies are biased because they are trying to sell you something. Any websites I link to, unless they are Bible verses given in context, should not be taken as gospel. I ask that you read them with an open mind and a critical one, to make balanced decisions for yourself.

Feel free to repost my blog pages, but include a link back to the original page where it was posted. Copying without crediting is plagiarism.