Last month we made Turkeys with our hands and feet. 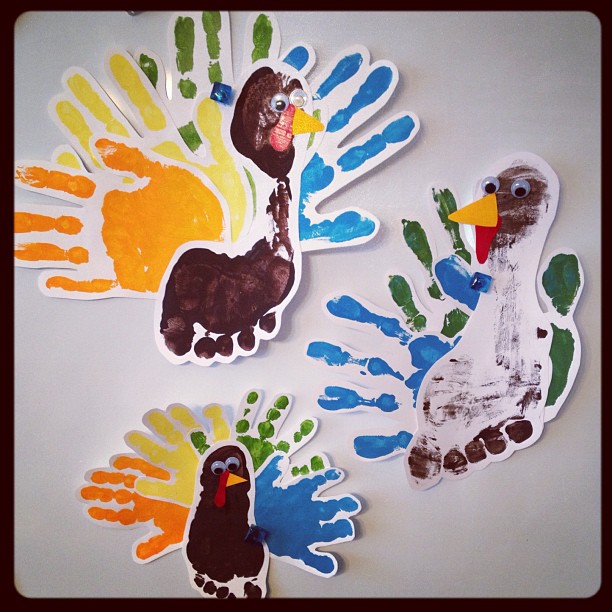 This month was Christmas ornaments. I’ll start with the photos on the tree, then explain how we made each ornament. 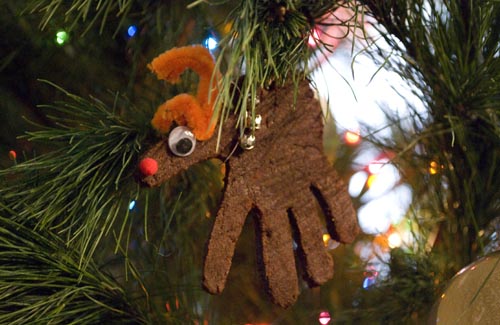 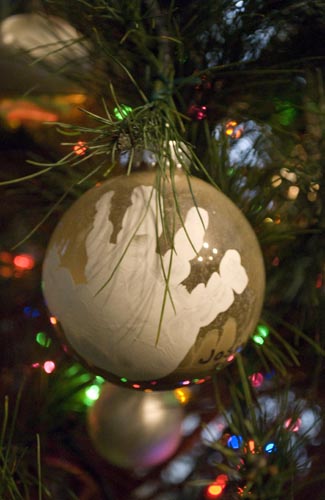 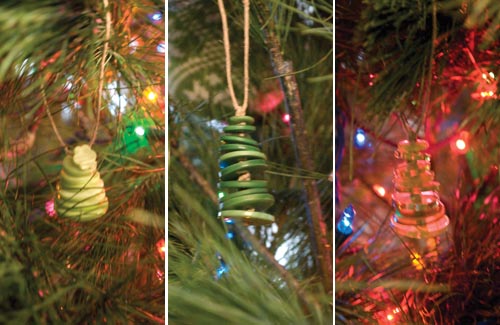 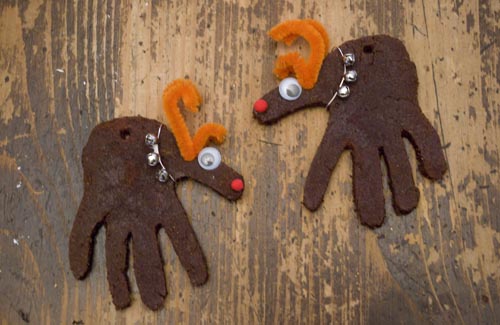 We used the recipe from Martha Stewart to make the cinnamon dough. I traced Little Champ’s hand onto a piece of paper and used that as a mold, then poked two holes with a chopstick (one to hang, one on the thumb for the antlers) and baked according to the recipe, turning once.

The next day I put on the finishing touches. I got micro bells and micro pompoms from Michaels. I strung the three bells onto a wire, bent around the “neck” and twisted it in the back. Then I glued the bells down, the nose, and the googly eye. I think I used three pipe cleaners for two reindeer—one cut in half made the two smaller sets. I pushed both one long and one short through the hole, folded them in half, upwards, and curled the ends. 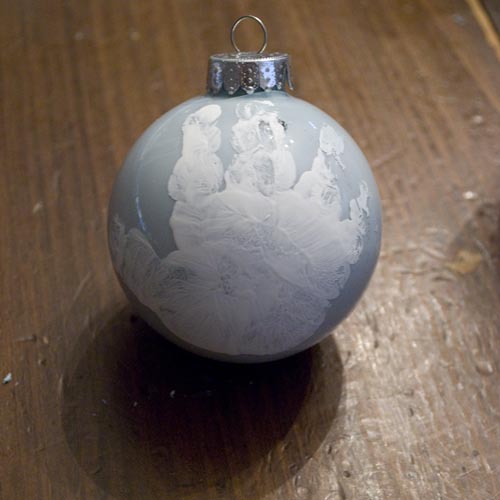 These actually didn’t work out too well. First I squirted paint on the inside of the bulbs and turned them around to get the insides fully coated with paint. That took a while, and then they took a long time to dry (I kept turning them around every few hours). Once I thought they were completely dry, I hung the plastic kinds on the tree, and now the paint has pooled to the bottom, even though I had them drying for a week. We still have them up on the tree—I’m pretending the abstract look was intentional. Same results with plastic and glass ornaments, house paint and acrylic paints. (It also took a few tries to get good-looking hands on the bulbs.) 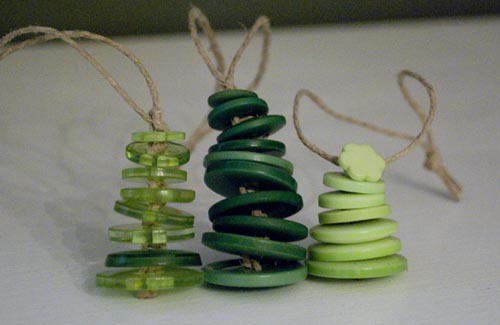 I’m hoping these are pretty self-explanatory, but I’ll post images below. I got a jar full of green buttons from Walmart for a few dollars. I tried a few different combinations, but I ended up liking the trees that were similar in color best. The transparent tree is my favorite because it looks great against the Christmas lights, but it doesn’t photograph well for that same reason.

I found out that they looked best when I made a single half knot between buttons (not a square not, which is two half knots), and on the four-hole buttons, I thread through the diagonal. I finish with a square not on top of the tree, and then knot the strings at the top to create a loop to hang the tree.

This is the comment fountain! Drop your two cents here. Cancel reply

Most Popular of All Time

All blogs, and all for-profit companies, are biased. My blog is biased because I have opinions. Companies are biased because they are trying to sell you something. Any websites I link to, unless they are Bible verses given in context, should not be taken as gospel. I ask that you read them with an open mind and a critical one, to make balanced decisions for yourself.

Feel free to repost my blog pages, but include a link back to the original page where it was posted. Copying without crediting is plagiarism.